When Lord Vishnu severed the burning body of Maa Sati into 51 pieces so that Lord Shiva would calm down and stop his Tandava, the pieces were scattered over various places in the Indian subcontinent. It is believed that Satiâ€™s head fell at this place and is thus considered one of the most important of the 51 Shakti Peethas.

She is usually shown holding her own severed head in her hand, drinking one stream of blood spurting from the arteries in her neck, while at her side are two naked yoginis, each of whom drinks another stream of blood.

Chhinnamasta, the headless goddess, is the Great Cosmic Power who helps the sincere and devoted yogi to dissolve his or her mind, including all the preconceived ideas, attachments and habits into the Pure Divine Consciousness. Cutting off the head suggests the separation of the mind from the body, that is the freedom of the consciousness from the material confines of the physical body.

The Chintpurni temple as a Shakti Peeth 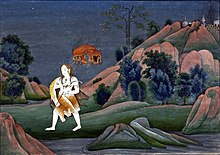 The Chinna Mastika Devi is a divine embodiment of self-sacrifice and there by the Chintpurni shri is considered as a Shakti Peetha. The mythology of Daksha Yaga and Sati's self-immolation is the mythology linked to the Shakti Peethas. Shakti Peethas are holy shrines of Shakti associated with a mythology that says about the falling of body parts of the corpse of Sati Devi when Lord Shiva carried it and wandered in sorrow. There are 51 Shakti Peeth associated with the 51 alphabets in Sanskrit. It is believed that Sati Devi's feet fell here. 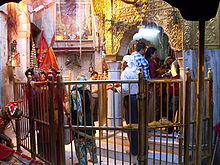 They bring with them their worldly concerns and seek blessings from the Devi.

It is believed that if you ask something from the Devi with an honest heart, your wish will be granted.

Apart from the holy shrine, some very picturesque places for sightseeing, indoor and outdoor activities are situated in and around Chintpurni.

Chintpurni is very well connected through roads. You can come here for a religious visit, on a holiday or for both, you would enjoy your time there and should return with everlasting memories.

Pandit Mai Das, a Saraswat Brahman, is generally believed to have established this shrine of Mata Chintpurni Devi in Chhaproh village about 26 generations ago. Over time this place became known as Chintpurni after the eponymous deity. His descendants still live in Chintpurni and perform prayers and puja at the Chintpurni temple. These descendants are the official priests at the Temple.